Located on the Buriganga river bank in Bangladesh’s capital Dhaka, the Fairdpur Hotel has become quite famous of late as the world’s cheapest hotel. Consisting of five boats and a float on the river Buriganga rates start from as little as 31 pence or 36 cent for a nights stay! The floating hotel consists of 48 rooms offering both a little more privacy in the private cabins, whereas the shared cabins are of a hostel type, none of which however are ensuite. The most expensive private room costs £1.25 €1.50 a night. For a nominal price, guests receive purified water, clean toilets, separate beds on a self catering basis. There are no meals provided on this floating hotel so breakfast is not an option. 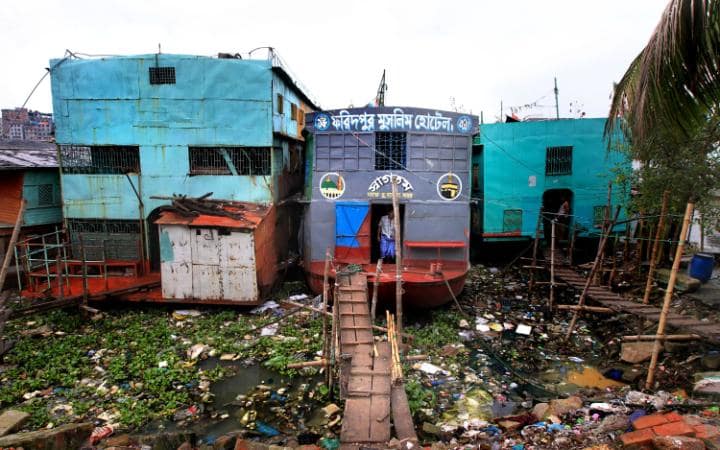 So don’t expect private ensuite facilities at those rates as the rooms are more akin to little more than a floating hostel type accommadation such as communal bunk beds which are shared by up to 17 other guests to a room. Guests can however ‘upgrade’ to stay in a private from a shared room. You do get a modest locker which to store your worldy possesions in. If it’s a minimlist look you’re after, then look no further as there are not alone any beds, but also no mattress to sleep on. Most of the guests are long-term residents, construction workers mostly- living there for months at a time. The Faridpur hotel is therefore not ideal for families as a result, think more corporate than leisure. 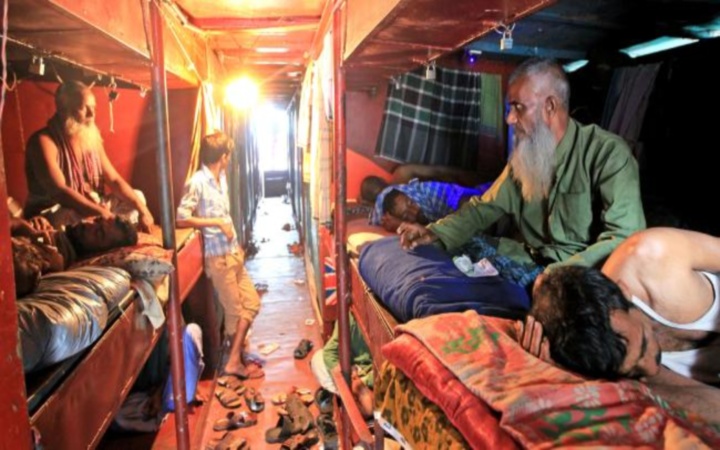 Floating hotels were quite poplular back in the day, with around forty in operation, but alas now are down to about one tenth of that number, whittled down to four in operation today. Maybe it’s down to the river pollution and water rats which reside in amongst the floating garbage. Prices are extremely cheap for western tourists, but maybe not so for Bangladesh residents. 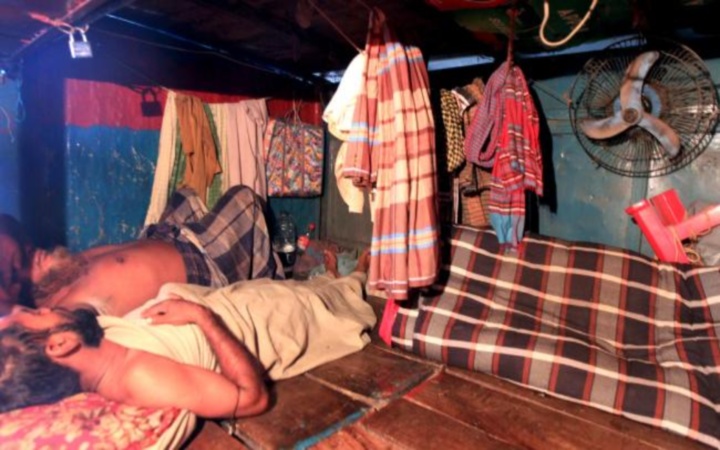 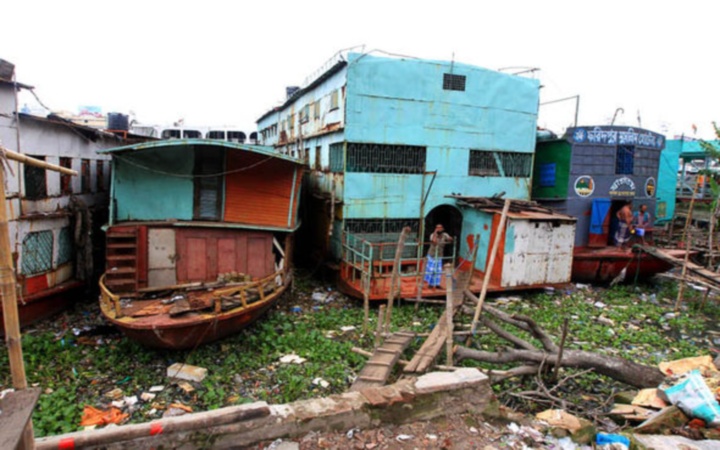