Disney Cruise Line excels in every way, and families flock to the fleet to enjoy both little and big touches of magic. For instance, Disney Cruise Line staterooms have big, comfortable tubs, which makes it easy to bathe away the last traces of a day of fun. Then, there are more obvious attractions, such as the Marvel Day at Sea on select cruises. The kids can pretend that they’re part of a superhero team as they take photos with Thor and Spider-Man!

Disney Cruise Line offers lots of themes, some of them seasonal, like the Very Merrytime Cruises or Halloween on the High Seas. Kids can dance with Mickey and friends at the Oceaneer Club, marvel at evening fireworks, enjoy award-winning live musicals, and much more!

If you’re not traveling with little ones, your own inner child will be delighted. Every stateroom category provides immeasurable comfort and superior amenities. Plus, you can dine in adult-only restaurants or relax in the spa if you want to enjoy a few hours without the pitter-patter of little feet. Book via Fly Cruise Stay for the best Disney cruise discounts: A magical adventure awaits! 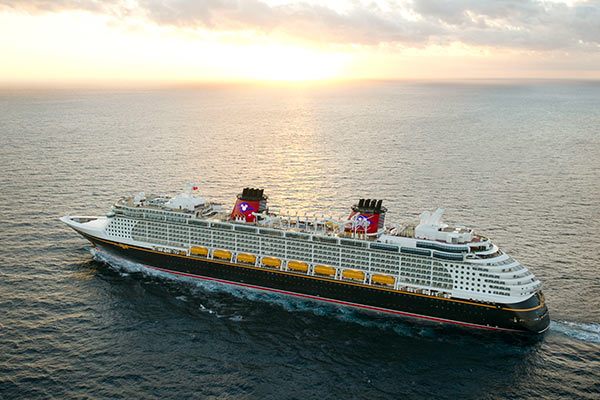 The award-winning Disney Dream is beloved by families and couples for the pleasant staterooms, excellent dining, and great kids’ activities. While you sail to your next port, enjoy the onboard waterpark AquaDuck, a thrilling Broadway-style performance, live music, and more.

Aboard the Disney Dream, you can catch brand-new Disney 3D films or fireworks under the stars. There are even Disney musicals, like Villains Tonight where the bad guys and girls have their say. And of course, there are lots of deck parties for everyone.

Even if you don’t have kids, the Disney Dream has a ton in store for you. The District is the adults-only segment of the ship, with a dance club, sports pub, and Senses Spa & Salon. 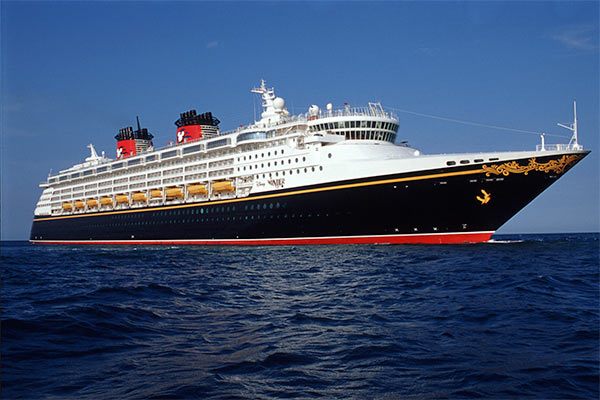 The Disney Wonder has fun in store for you with 11 decks of restaurants, entertainment, pools, and more. This ship even offers Halloween on the High Seas cruise.

The Disney Wonder offers magical dining options, such as Southern specialties at Tiana’s Place, pizza for days at Pinocchio’s Pizza, sandwiches at Daisy’s De-lites, and the adult-only, Northern Italian Palo. There’s also Triton’s, where you can dine on “under the sea” food and take in a dinner show at Animator’s Palate.

Adults can have “me time” aboard the Disney Wonder, too. Guests sip and mingle at the Crown & Fin or Cadillac Lounge — or go dancing at Azure. The Quiet Cove Pool is an oasis of tranquility where adults can de-stress while the little ones enjoy Disney’s Oceaneer Club. Looking for some fun family time? Bring your toddler to play at Aqualab. Teens can check into their own world with music, movies, and videogames at Edge. 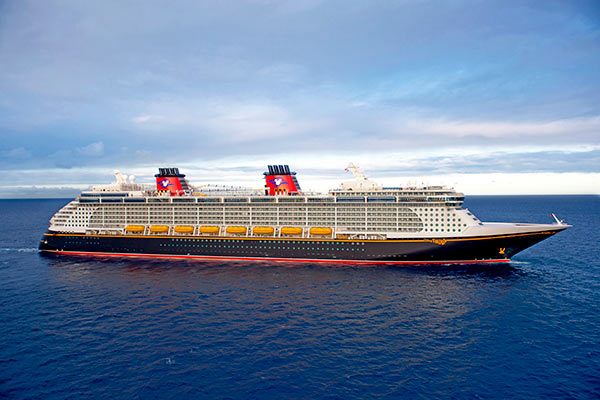 Families, friends, and couples love sailing aboard the Disney Fantasy on fun-filled extravaganzas. In fact, guests can choose from the Very Merrytime cruises and Halloween on the High Seas.

The fun never ends on the Disney Fantasy. Enjoy the AquaDunk water park or design your own characters and watch them come to life with Animation Magic. Take the kids to Disney’s Aladdin musical, bursting with laughs and special effects. And just like at Disney theme parks, you’ll enjoy fireworks under the stars during Pirate Night.

If you’re lucky enough to sail on the Disney Fantasy with a Star Wars Day at Sea, you can take photos with popular characters like Darth Vader and C-3PO. There’s also special Star Wars-themed goodies and merchandise. Watch out for those Storm Troopers — one may stop and ask if you’re a Rebel spy. 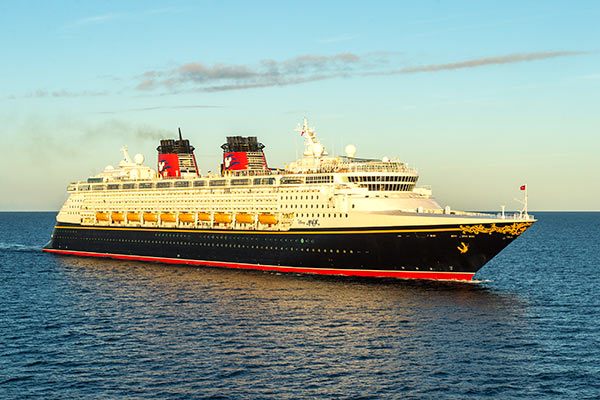 The exciting Disney Magic travels to many ports of call throughout the year to unforgettable destinations. There are even special theme cruises, like the Very MerryTime Bahamian cruise and the Halloween on the High Seas sailing.

There’s so much to do aboard the Disney Magic! Get thrilled all the way down the three-story waterslide at the AquaDunk water park. Are your kids Avengers fans? They can check into MARVEL’s Avengers Academy for special missions! Catch a new movie in the onboard theater or a classic Disney film under the stars.

Disney Magic staterooms are spacious and comfortable in every category. Plush Euro-top beds and Egyptian linens come standard. Dine at Carioca’s, a South American restaurant inspired by Disney’s The Three Caballeros. Of course, there’s lots of casual dining, too.

Since its launch in 1998, Disney Cruise Line has established itself as a leader in the cruise industry, providing a setting where families can reconnect, adults can recharge and children can experience all Disney has to offer. Today, Disney Cruise Line continues to expand its blueprint for family cruising with a fleet of four ships – the Disney Magic, Disney Wonder, Disney Dream and Disney Fantasy. Guests can sail out of ports around the world on exciting itineraries to the Caribbean, Bahamas, Hawaii, Alaska and Europe, among others. The homeport for Disney Cruise Line remains Port Canaveral, Florida, where it has its own specially designed cruise terminal.

Disney Cruise Line offers a vacation experience unlike any other that magically brings families together while providing unparalleled kid fun and relaxing adult time. Discover what sets us apart during a one-of-a-kind voyage that includes the world-class hospitality, legendary service and attention to detail that Disney is famous for—it’s magic only Disney could provide.

When you set sail with Disney, an unforgettable vacation is always on the horizon. Overflowing with imaginative fun for the kids, unique offerings for adults and thrilling entertainment for the entire family, every Disney ship provides fun for everyone! Discover the excitement and magic that awaits you on-board!

Disney Magic began operation July 30, 1998. Disney Wonder began operation August 15, 1999. They are 294 m (965 ft) long and 32.22 m (105.7 ft) wide. The ships each contain 875 staterooms and are not identical in their design, with a lot of variations in interior design, restaurants and entertainment venues. Both contain areas designed exclusively for various age groups, including children, teenagers, and adults.

The ships are the first in the industry to be designed and built from the keel up as family cruise liners, with the goal of accommodating parents and children. Unlike most ships of their type, they do not include casinos. Disney ships also feature ship’s horns which play the opening seven-note theme When You Wish Upon a Star from Disney’s Pinocchio, in addition to the traditional horn. The line’s two new ships expand on these tunes to include: “A Dream is a Wish Your Heart Makes“(Cinderella), “Be Our Guest” (Beauty and the Beast), “Yo Ho (A Pirate’s Life for Me)” (Pirates of the Caribbean), “Hi-Diddle-Dee-Dee (An Actor’s Life for Me)“(Pinocchio), and “It’s a Small World“.